WealthSpring offers investors a unified source for the expertise required to meet today’s diverse challenges. We create impartial, customized investment strategies to help build, protect, and transfer our clients' wealth. We are committed to helping individuals and families pursue and exceed their life goals.

Jay has focused his career on creating investment strategies for affluent investors looking to grow their wealth while taking into account prudent risk control measures. As chief investment strategist, Jay oversees the portfolio management team and investment selection and portfolio construction for clients.

His career began as a financial planner at the Irvine, California, office of American Express Financial Advisors (currently Ameriprise Financial, Inc.) in 1999. During his time there, Jay climbed the ranks to senior financial planner. In 2009, Jay formed Douglas, Athans & Associates Wealth Management Group in San Luis Obispo, California, along with Ted Athans. Jay and Ted teamed with John and Leslie to form WealthSpring in 2016.

Jay has a BA in business administration (finance: financial planning and investment advisory) from CSU Fullerton and a MS in finance (financial analysis) from College for Financial Planning. In addition to his master's degree, Jay holds certificates in financial portfolio management and financial analysis from the College for Financial Planning. Jay is a CERTIFIED FINANCIAL PLANNER™ professional, Chartered Financial Consultant®, and Accredited Investment Fiduciary®.

Ted’s adventure into his financial planning career started with some curiosity, a passion for helping others, and a little bit of luck.

Throughout his school years, Ted knew he loved numbers and math. While attending UC Irvine, he began helping campus clubs with their finances. One day he noticed a college counselor using the personal finance software Quicken and asked him more about it. To his surprise, he took a great deal of interest in the computer program and how it could aid in finance management.

Acknowledging the enjoyment he took from his work with the campus clubs and using Quicken, Ted began wondering if there was a career that involved helping families and businesses manage their finances and investments. Yet at the time, he was considering a law degree and was about to start an intern position at a law firm. He didn’t know it then, but right before his first day Ted received a call that would change his life: the position was being given to someone else.

As luck would have it, a friend of Ted’s was a teller at a local bank and helped him quickly pivot to a job there. Once again, Ted found himself helping people with their finances, but this time he was getting paid for doing it. His career had begun!

That was 1994. Fast forward to today: he still loves finance software and still loves assisting others. Helping successful business owners and managing multigenerational capital are among his top passions.

Ted is a partner with WealthSpring and oversees the financial planning team. He started at American Express Financial Advisors (currently Ameriprise Financial, Inc.) in 1999. Ted formed Douglas, Athans & Associates Wealth Management Group in 2009 along with Jay Douglas. Jay and Ted teamed with John (now retired) and Leslie to form WealthSpring in 2016.

As a longtime member of the Financial Planning Association (FPA) he has served as a San Gabriel Valley Chapter board member. Ted and his family are very active in the Chino Hills community which they have called home since 2003. He holds local workshops providing pro bono financial education and his family participates in different charities through volunteering and fundraising. The Chino Hills Community Foundation, Rancho Del Chino Rotary Club, Financial Peace University, IHC Mexico Home Build Mission Trip, and the IHC Benevolence Fund are among the non-profits and charities of which the Athans family has helped.

Ted is a CERTIFIED FINANCIAL PLANNER ™ professional, an Accredited Investment Fiduciary® and he has a BA from University of California Irvine. 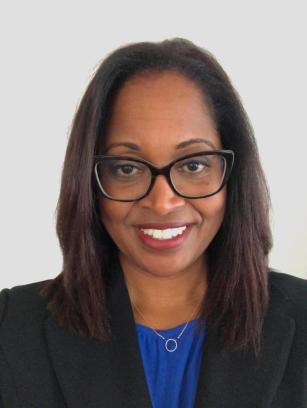 Ashley is a CERTIFIED FINANCIAL PLANNER™ professional and has worked in the financial services industry for 13 years. WealthSpring has seen significant growth over the past several years, so we are excited to have Ashley as part of our advisory team to help counsel clients on their investment portfolios and financial goals.

Financial services is Ashley’s second career. She began her career working production for local news stations both in Florida and North Carolina after graduating college. However, Ashley was always curious about financial services and the lack of education for consumers, so she decided to make a career change. Ashley said goodbye to covering crime stories, politics, or working in the middle of a snowstorm, and began her financial services career in banking. From there, she has held positions with Merrill Lynch as a financial advisor and Pacific Life Insurance as an annuity specialist.

Ashley earned a four year softball scholarship to the University of Florida (not Florida State!) and received All American honors. She received a BS degree in telecommunications with a minor in business. She is an avid sports fan and will cheer on the Rams, Lakers, Angels, and everything involving Gators sports. When she’s not watching sports, she likes to travel, and if she isn’t traveling you’ll probably find her at a local wine bar.

Theresa began working in financial services in 1995, working with top independent broker/dealer firms, including Ameriprise Financial, Centaurus Financial, and LPL. As Investment Operations Manager at WealthSpring, she provides support to advisors for all areas of client service, operations and administration. Her focus is ensuring that clients receive exemplary service with each request. Theresa earned her BA in Business Marketing from Cal State University Dominguez Hills and a Master’s in Secondary Education and holds California Life and Health Insurance License. In her free time, Theresa and her husband Greg can be found cheering on their two children in different sporting events they participate in, including baseball, basketball, dance, and volleyball.

During her leisure time she and her husband Correy enjoy adventures with their Italian greyhound, Milo. Christie’s greatest passion is Italian Greyhound rescue. Over the past 20 years Christie and Correy have rescued 5 Italian greyhounds, 2 of which were special needs. Having grown up along the Central Coast of California, she also enjoys container gardening with seasonal flowering plants. Now that she and Correy are residing in Idaho, gardening is a whole new experience. Christie’s family and friends are very important to her and she embraces the time she can spend with them.

Tracy has outstanding talents with investment research and financial analysis. She focuses on technology tools, utilizing financial planning software and maintaining the contact management system. Tracy also manages the company website, client web tools, social media sites, and marketing for the office. She earned her BA in Business Economics from UC Irvine with a specialization in international issues and economics.

During her time off, she enjoys spending time with her family and traveling the world. She and her husband love traveling to new places and immersing themselves in their food and culture. Hawaii is their second home, Iceland has been their greatest adventure and the Maldives their favorite relaxation destination. Tracy and her husband are always looking for their next adventure. They recently welcomed a sweet baby girl who keeps them on their toes. 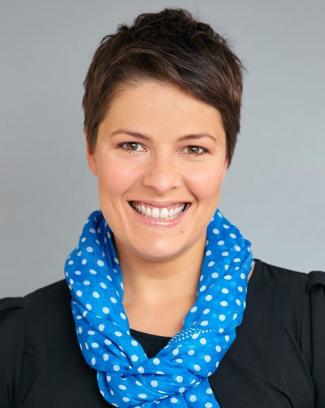 Sarah is the Client Services Manager for our Santa Rosa office. She handles client servicing, operations, and administration, ensuring that day-to-day office activities are taken care of so our clients can focus on what is important to them. Premier service is Sarah's priority for all of WealthSpring's client relationships. She began her financial services career in 2008 with MJ Everson Financial. Starting her career in the heart of one of America's most challenging financial crises, she worked hard to move up and eventually became a partner in that firm. Sarah has a BA in Social Welfare and a minor in Demography from the University of California, Berkeley. She enjoys spending time with her husband Matt, working in her garden, baking sourdough bread, and staying active in Sonoma County's beautiful surroundings. 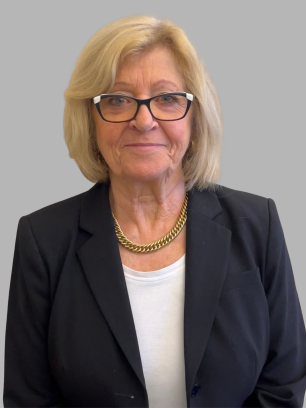 Based out of our Santa Rosa office, Clare is our Client Service Coordinator.

If you’ve had the opportunity to speak with Clare, you have surely detected that she is from somewhere outside of the US. If you guessed England, you were correct!

Born and raised in Southeast England, Clare moved to California 40 years ago. Much of her career was in newspaper advertising, including a 12-year run with The Press Democrat. These days, Clare stays busy with her granddaughter Savannah, reading, painting, and staying up to date on Formula One racing. She is enjoying the variety of duties this job has, in addition to learning something new every day. Her warm and friendly demeanor and her can-do attitude have made her a wonderful addition to our team, and we are grateful she's aboard.